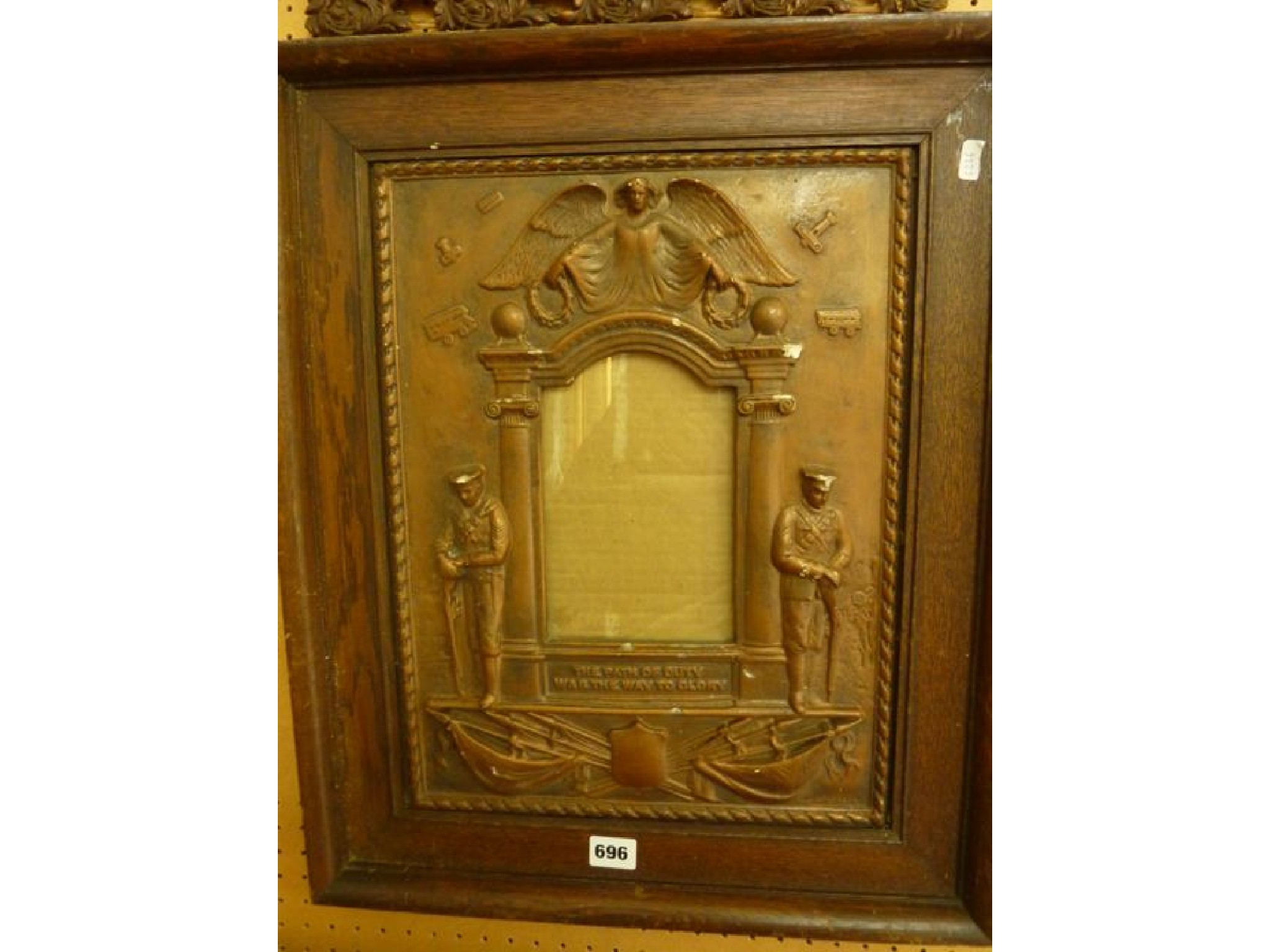 An early 20th century embroidered panel commemorating the English/China Expedition Soldiers of the Gloucestershire Regiment, with central portrait of a...