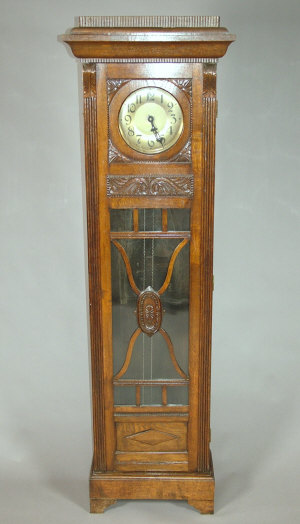 An early 20th century Continental moulded oak longcase clock, the cavetto cornice above circular gilt metal dial, within a glazed and moulded long door... [this item is NOT for sale]