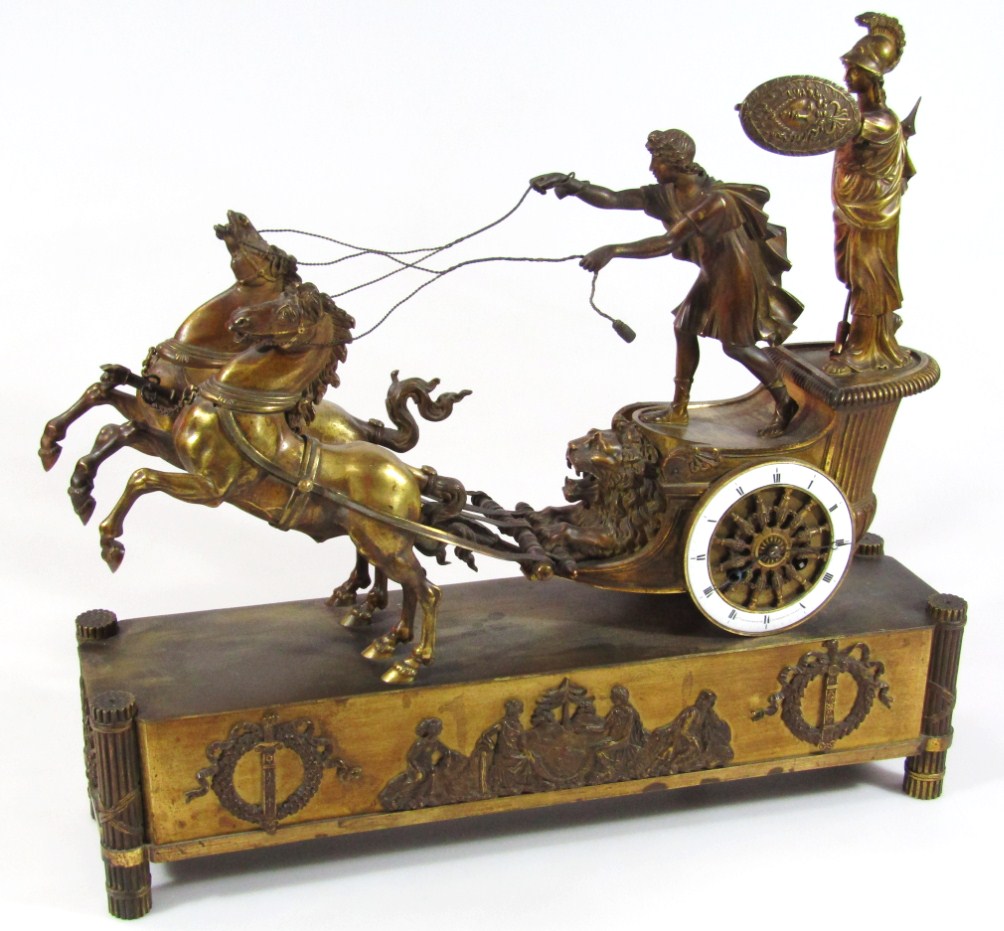 An early 19thC Parisian Empire ormolu mounted mantel clock, in the manner of Jean-Andre Reiche, c.1810, formed as a chariot with Athena and a further figure... [this item is NOT for sale]