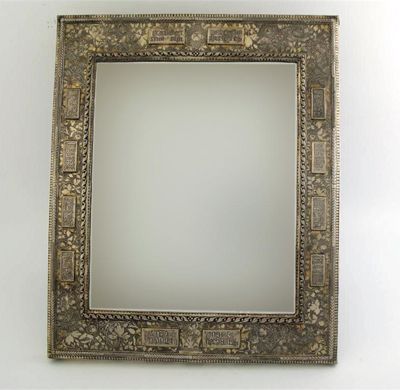 An early 19th century Russian silvergilt icon frame, oblong with raised borders and 'tablets' of script on a matted, foliate ground (now fitted with a... [this item is NOT for sale]