Price guides for An assembled grouping of English porcelain 19th...

Appraise and find values for
An assembled grouping of English porcelain 19th... 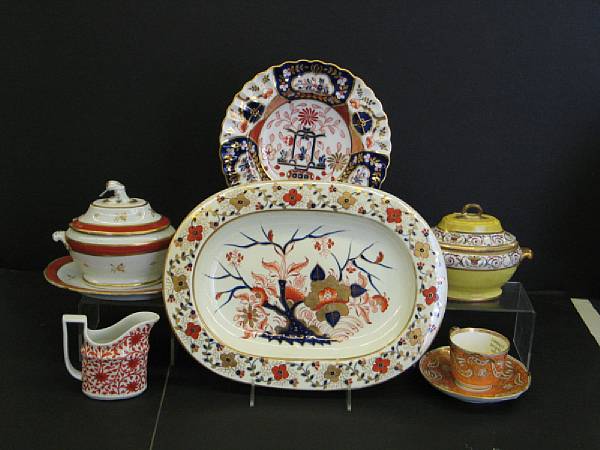 An assembled grouping of English porcelain 19th century Comprising a partial dessert service decorated with orange bands and gilt foliate sprays, including... [this item is NOT for sale]