Price guides for An assembled group of ten German porcelain...

Appraise and find values for
An assembled group of ten German porcelain... 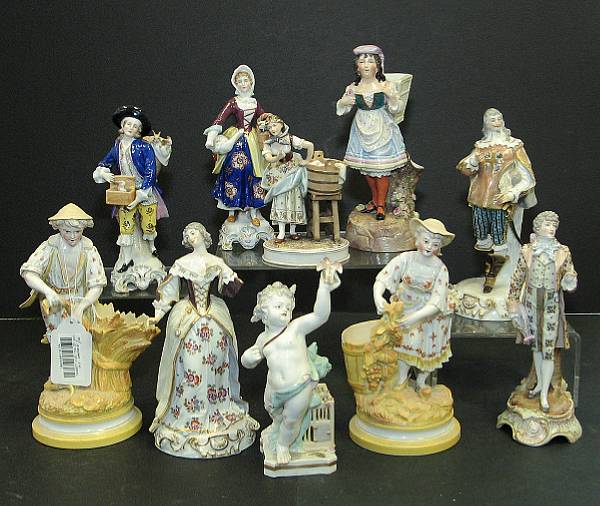 An assembled group of ten German porcelain figures late 19th/early 20th century Comprising a washerwoman, height 6 1/4in; cupid with bird and cage, height... [this item is NOT for sale]