Price guides for An assembled group of French and German porcelain second...

Appraise and find values for
An assembled group of French and German porcelain second... 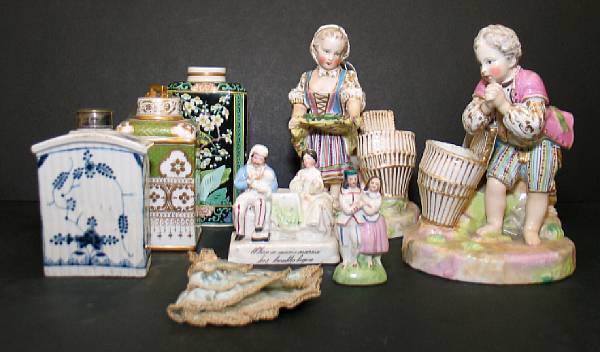 An assembled group of French and German porcelain second half 19th/early 20th century Comprising pair of figures of children standing barefoot beside...