Price guides for An assembled group of English porcelain second...

Appraise and find values for
An assembled group of English porcelain second... 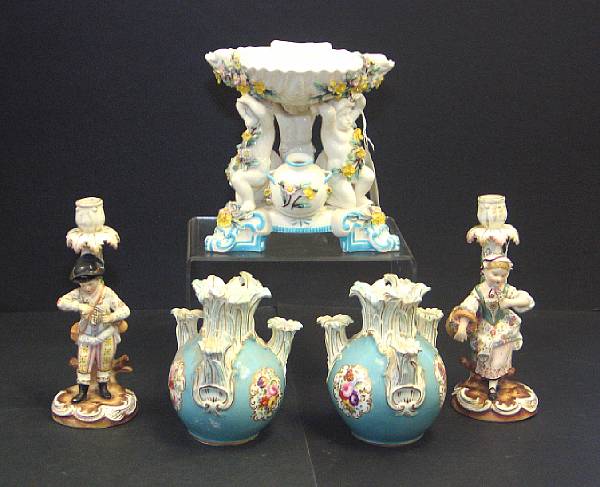 An assembled group of English porcelain second half 19th century Comprising a pair of John Bevington 'Dresden' style figural candlesticks, height 9in;... [this item is NOT for sale]