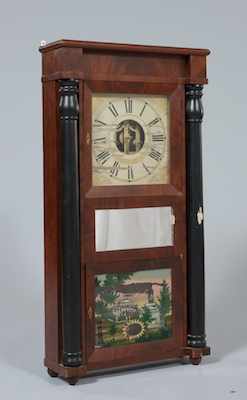 An Eli Terry Jr. American Empire Style Mantel Clock ca. 1825 Mahogany and mahogany veneer case with ebonized finish columns at either side of the front...