Appraise and find values for
An Edward VII/George V silver group of commemorative... 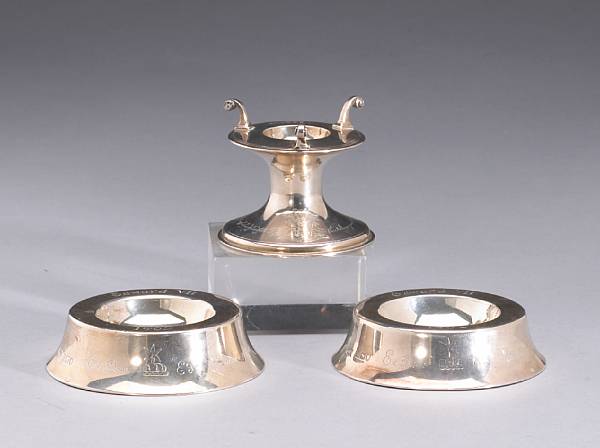 An Edward VII/George V silver group of commemorative salt cellars for members of the Innholder's Company Comprising: pair of trencher salts after the... [this item is NOT for sale]