Price guides for An East African staff, carved a kneeling...

Appraise and find values for
An East African staff, carved a kneeling... 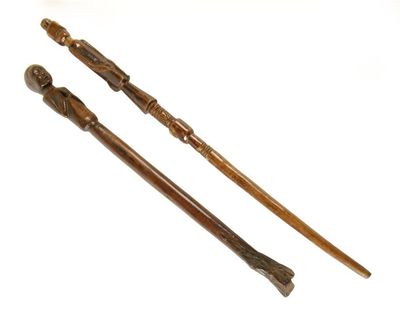 An East African staff, carved a kneeling figure above a single head, 29.5in (75cm) h, and a carved wood shaft of a Ngbaka adze, modelled ad a torso with...