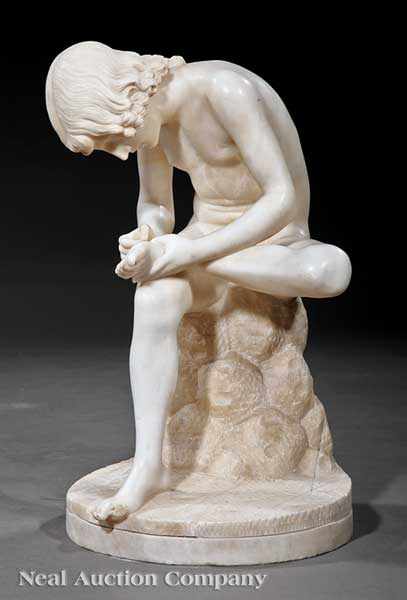 An Antique Continental Carrara Marble Figure of "The Spinario (Boy Removing a Thorn from its Foot)" early 20th c. reduced replica after the Roman bronze... [this item is NOT for sale]