Price guides for An Anglo-Indian or Indian Company School...

Appraise and find values for
An Anglo-Indian or Indian Company School... 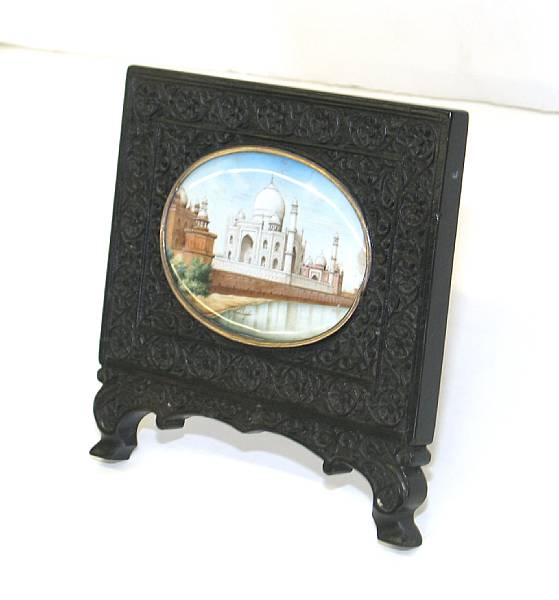 An Anglo-Indian or Indian Company School painted ivory miniature of the Taj Mahal second half 19th century Depicting a view from the bank of Yamuna river,...