Price guides for An American Classical Mahogany and Brass...

Appraise and find values for
An American Classical Mahogany and Brass... 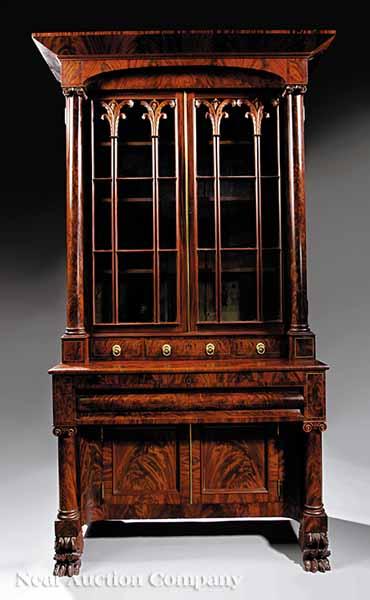 An American Classical Mahogany and Brass Inlaid Secretary Bookcase, early 19th c., attributed to John Meads, Albany, New York, the flared cornice with... [this item is NOT for sale]