Price guides for An Alaskan Inuit Soapstone Carving of a Standing...

Appraise and find values for
An Alaskan Inuit Soapstone Carving of a Standing... 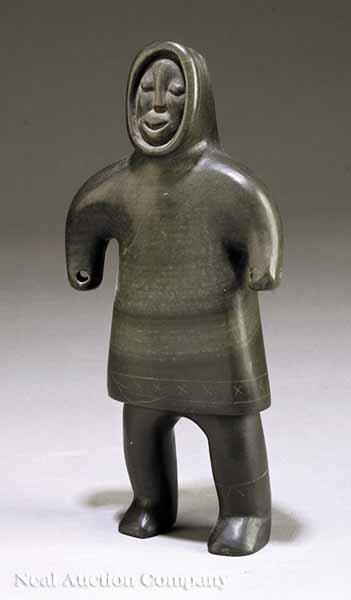 An Alaskan Inuit Soapstone Carving of a Standing Hunter, dark green with incised decoration on parka, hands drilled, height 8 in. Note: lacking harpoon.... [this item is NOT for sale]