Price guides for An 18th century German hunting sword, the...

Appraise and find values for
An 18th century German hunting sword, the... 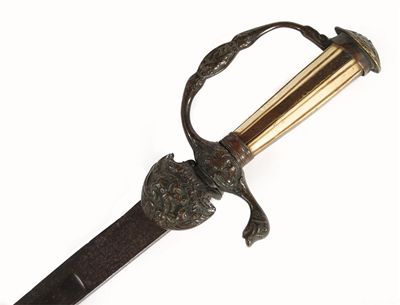 An 18th century German hunting sword, the 21.25in steel blade engraved a deer and a boar, the bone handle with a bronze knuckleguard cast animals, the... [this item is NOT for sale]