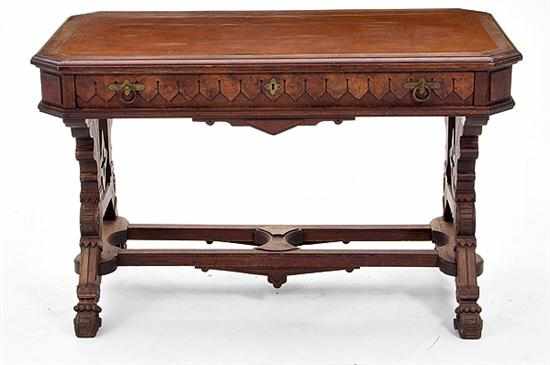 American Renaissance Revival walnut library table circa 1870 leather writing surface upon rectangular top with canted corners above conforming frieze drawer... [this item is NOT for sale]