Price guides for American Indian or Native American, the first,...

Appraise and find values for
American Indian or Native American, the first,... 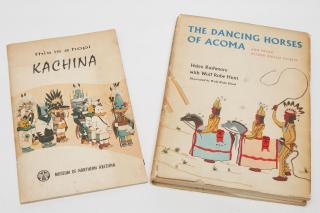 American Indian or Native American, the first, "The Dancing Horses and other Acoma Indian Stories," inscribed on cover and signed by Chief Wolf Robe Hunt... [this item is NOT for sale]