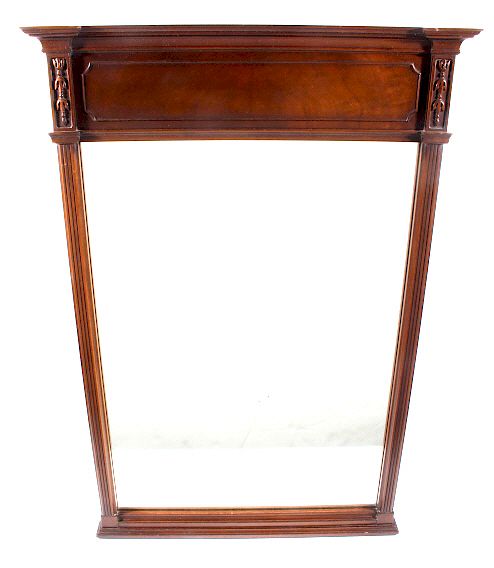 American Empire Wall Mirror Grand Rapids Certified: Featured in this lot is a wonderful American Empire style hanging wall mirror. The piece originates... [this item is NOT for sale]