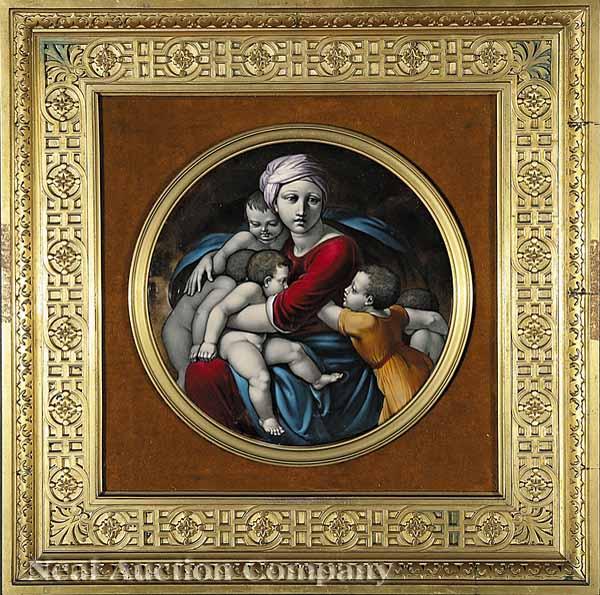 Alfred Serre (French, late 19th c.), "Charity with her Children", enamel on copper, signed and dated "1877", inscribed "maison F.Barbedienne" for Ferdinand... [this item is NOT for sale]