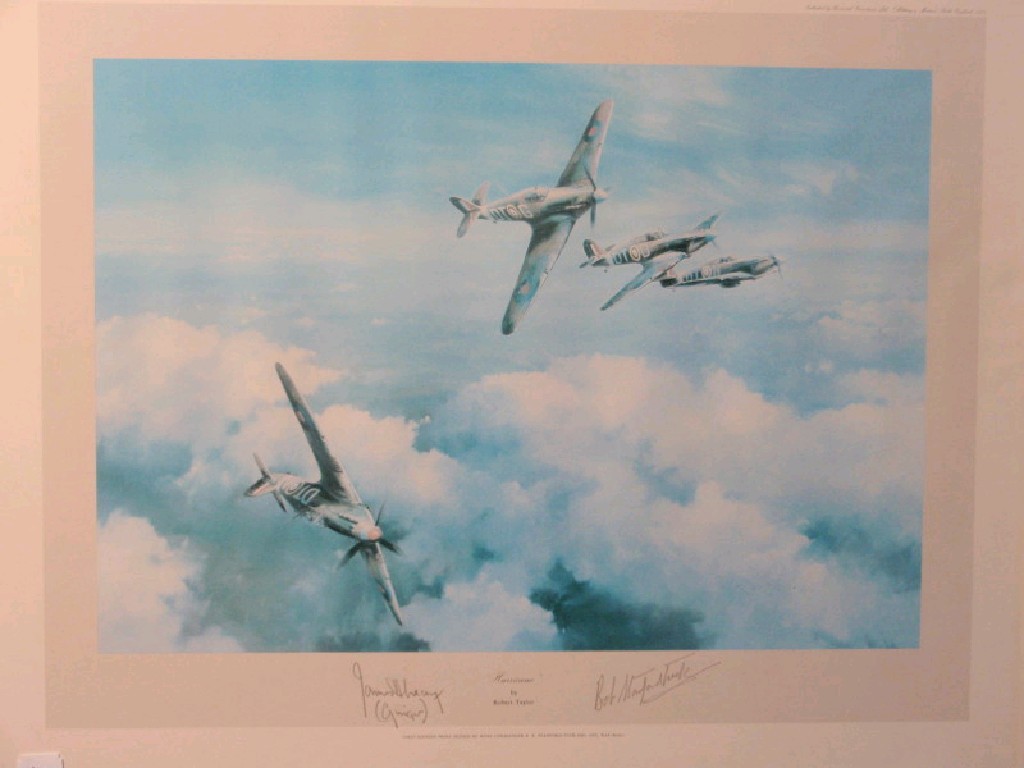 After Robert Taylor. Two first edition signed prints. Hurricane signed by Ginger Lacey and Bob Stanford Tuck. Spitfire signed by Douglas Bader and Johnnie... [this item is NOT for sale]