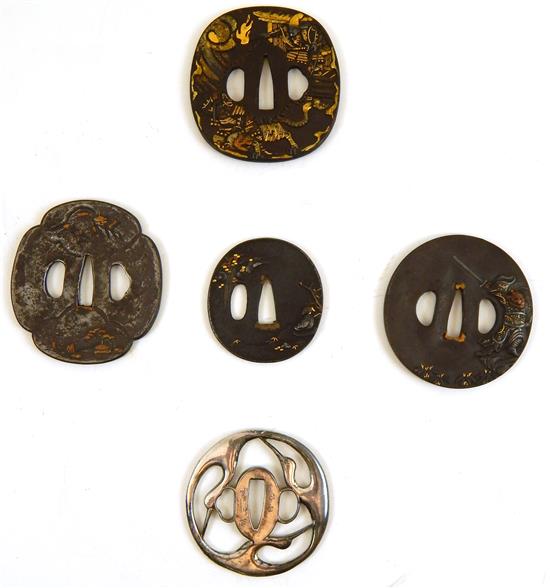 ASIAN: five Japanese tsuba, 18th & 19th C., mixed metals and assorted shapes including: hunting scene with two warriors in traditional garb one of which... [this item is NOT for sale]