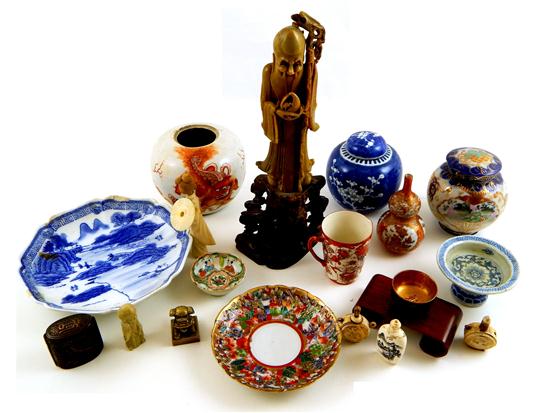 ASIAN: eighteen pieces: Soapstone carving of Lao Shou, standing with staff and peach on carved soapstone stand with deer, damaged, 13' h.; Chinese Foo... [this item is NOT for sale]