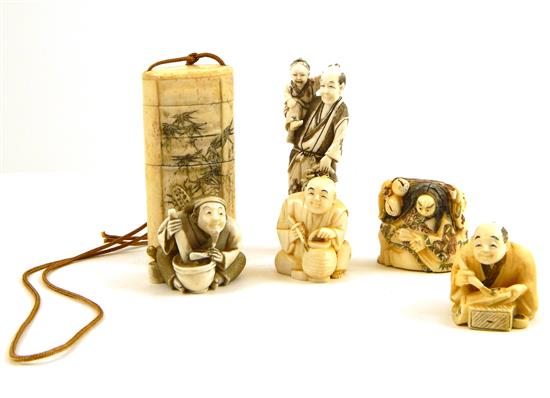 ASIAN: Five ivory Japanese figural netsuke, all signed, including: three sitting men, one with mortar and pestle, 1 1/2" h.; one painting a vessel with... [this item is NOT for sale]