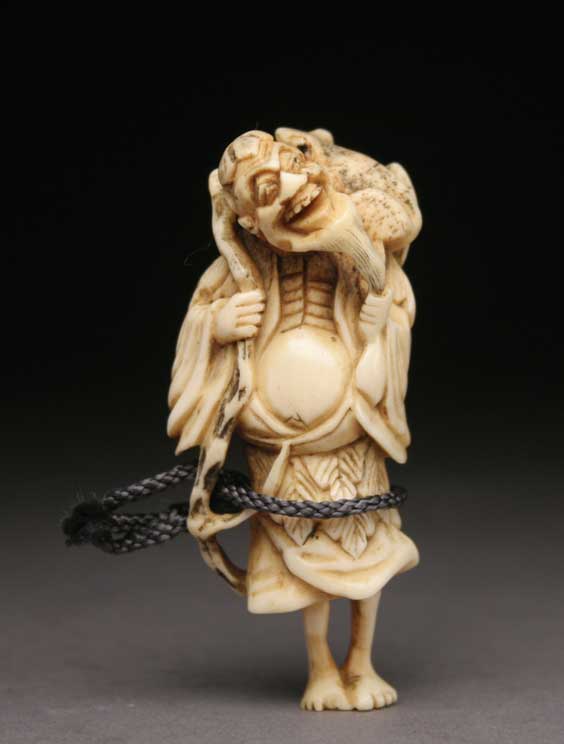 ANTIQUE STAG ANTLER NETSUKE Antique and well carved, large stag antler netsuke of a Gama Sennin with his foliate cape, carrying a wood staff and with toad... [this item is NOT for sale]