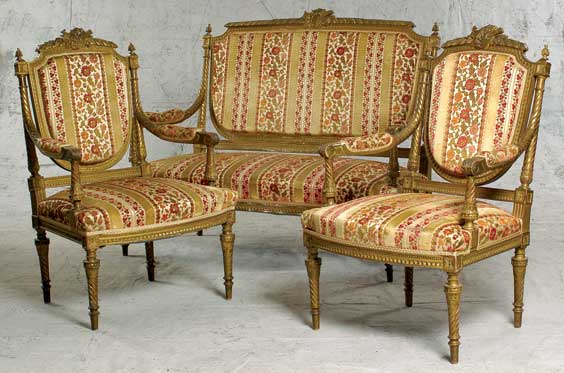 ANTIQUE FRENCH SALON SET Antique French, three-piece salon set composed of two side chairs and a settee: each gilded and carved, with a motif of palette,...