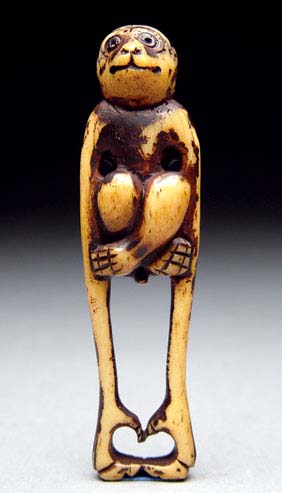 ANTIQUE ANTLER NETSUKE Antique, carved stag antler netsuke of a tenaga monkey, with humorously elongated arms, his feet tucked in, unsigned, 19th Century... [this item is NOT for sale]