Price guides for ANTIQUE AMERICAN FEDERAL ARMCHAIR Circa 1800In...

Appraise and find values for
ANTIQUE AMERICAN FEDERAL ARMCHAIR Circa 1800In... 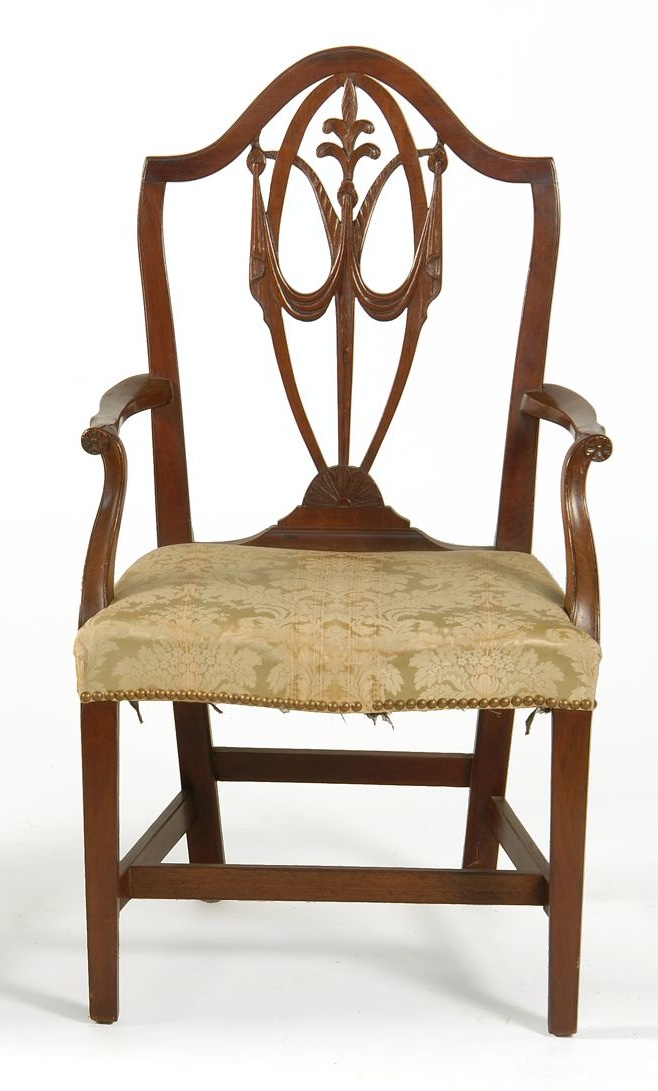 ANTIQUE AMERICAN FEDERAL ARMCHAIR Circa 1800In mahogany. High crest with pierced splat of fleur-de-lis and fallen drapes above a semi-circle floral-carved...