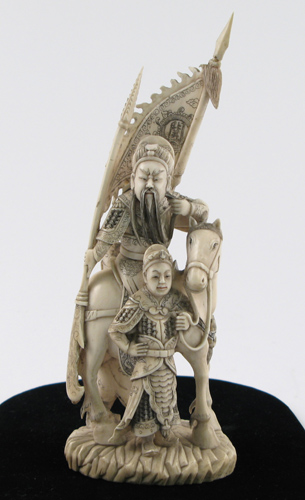 AN ELEPHANT IVORY FIGURE, hand carved, depicting the Chinese god of war, Kuan Kung or Kuan Yu. Mounted on horseback, holding a spear with one hand, stroking... [this item is NOT for sale]