Price guides for AN ANTIQUE JAPANESE CARVED IVORY AND MOTHER...

Appraise and find values for
AN ANTIQUE JAPANESE CARVED IVORY AND MOTHER... 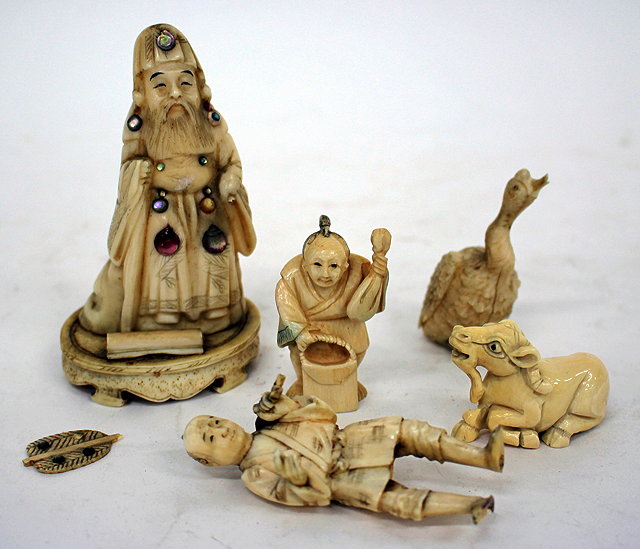 AN ANTIQUE JAPANESE CARVED IVORY AND MOTHER OF PEARL INLAID OKIMONO in the form of a scholar standing on a bone base, 10cm tall together with a netski...