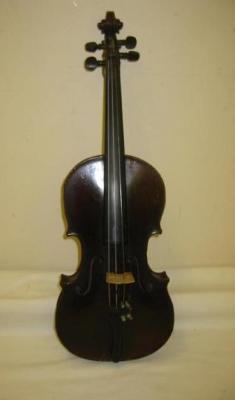 AN 18TH CENTURY FRENCH VIOLIN attributed to the Nicolas Aine workshop c.1790, the one piece back of medium to narrow curl, similar ribs and head, the table... [this item is NOT for sale]