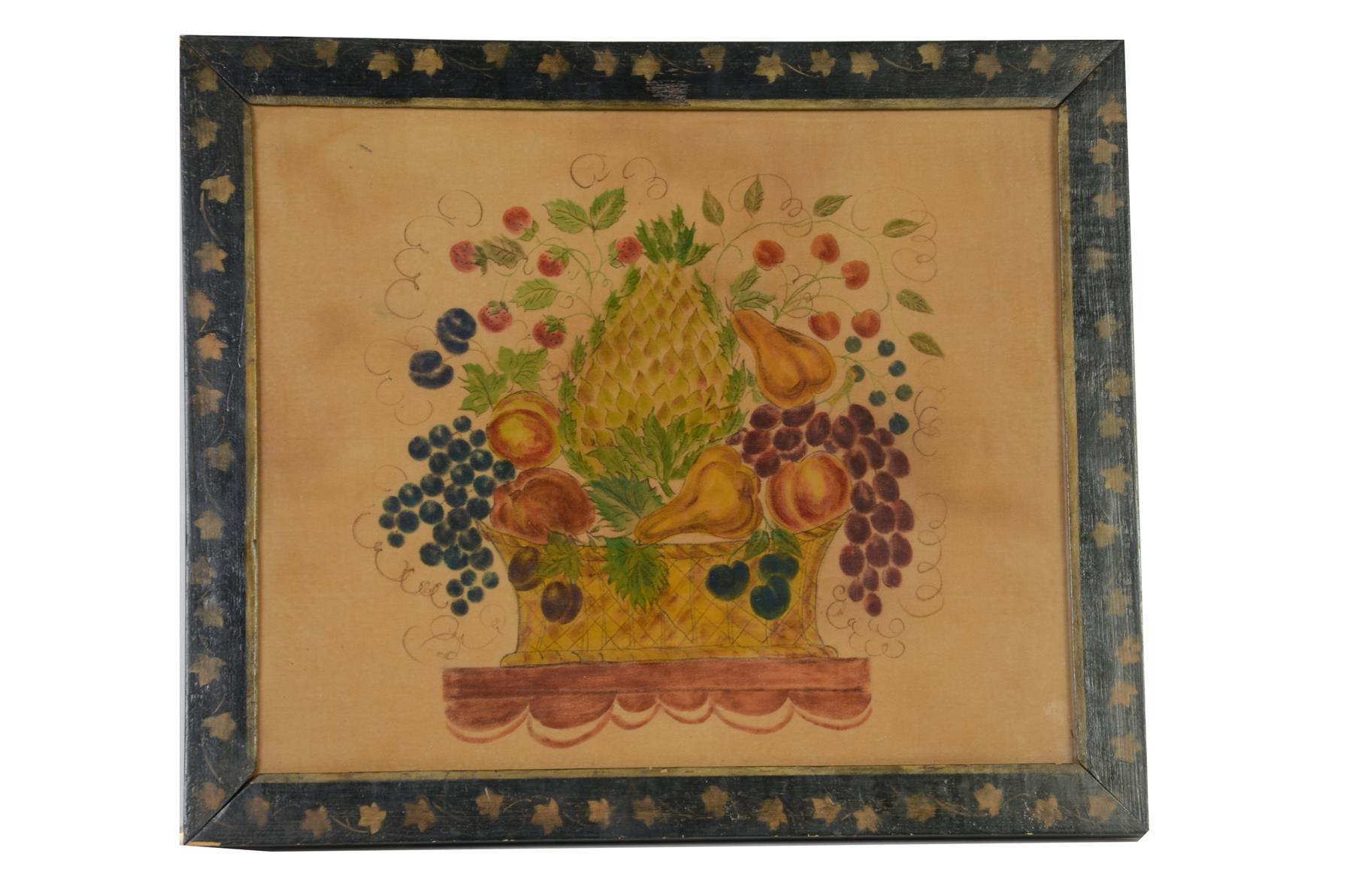 AMERICAN THEOREM. Twentieth century, oil on velvet. Basket of fruit with a central pineapple. Stencil decorated 19th century frame. Backing board has... [this item is NOT for sale]