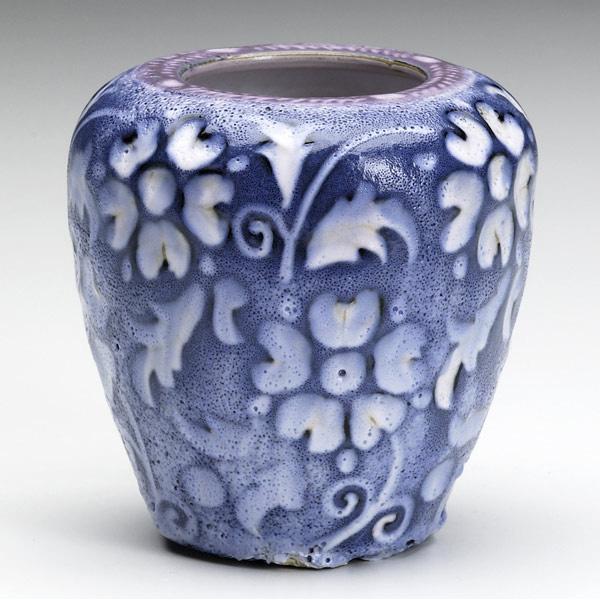 AMERICAN ENCAUSTIC TILING CO. Unusual cabinet vase carved and enamel-decorated with white blossoms on cobalt ground with a purple band around the rim....