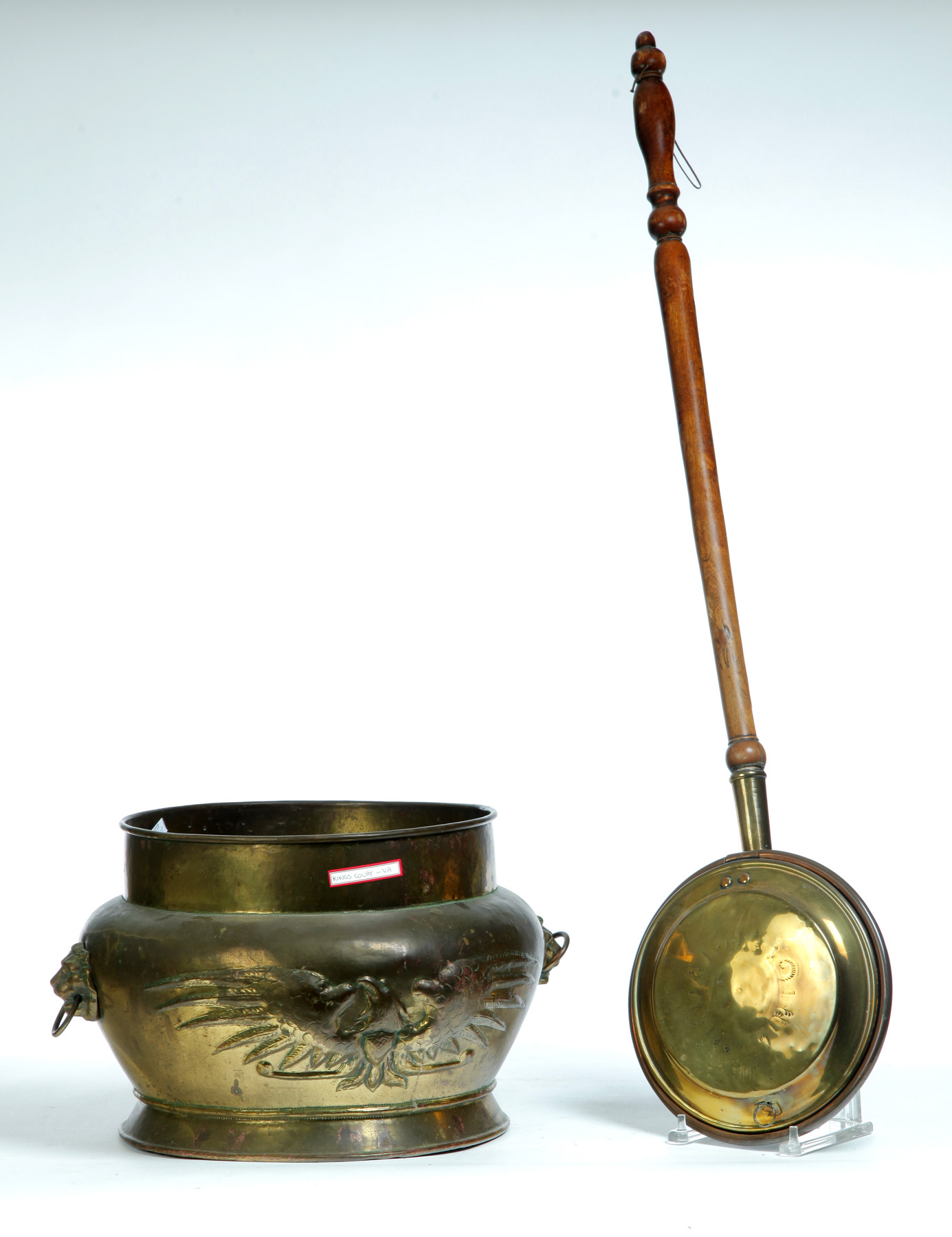 AMERICAN BEDWARMER AND BRASS PLANTER. Nineteenth century. Brass and copper bedwarmer with wood handle, 40"l., and a planter with raised eagle and lion...