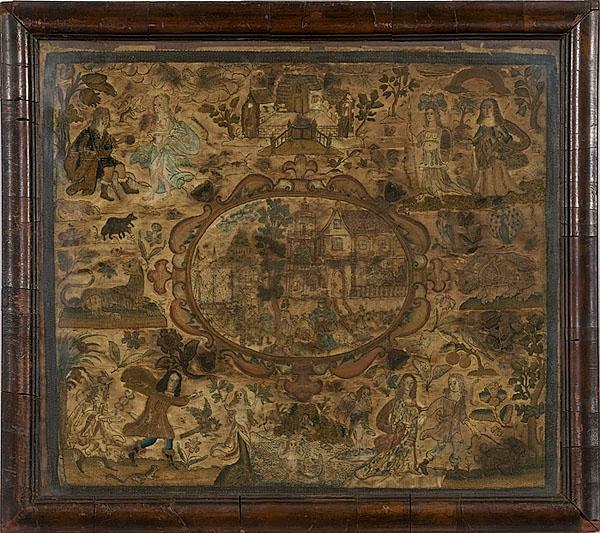 ALLEGORICAL ENGLISH NEEDLEWORK, 17th century, watercolor with silk and wool on silk. An elaborate allegorical English needlework with a variety of stitching...