Price guides for ACHILLES ON HIS MOUNT Paul Ludwig Kowalczewski...

Appraise and find values for
ACHILLES ON HIS MOUNT Paul Ludwig Kowalczewski... 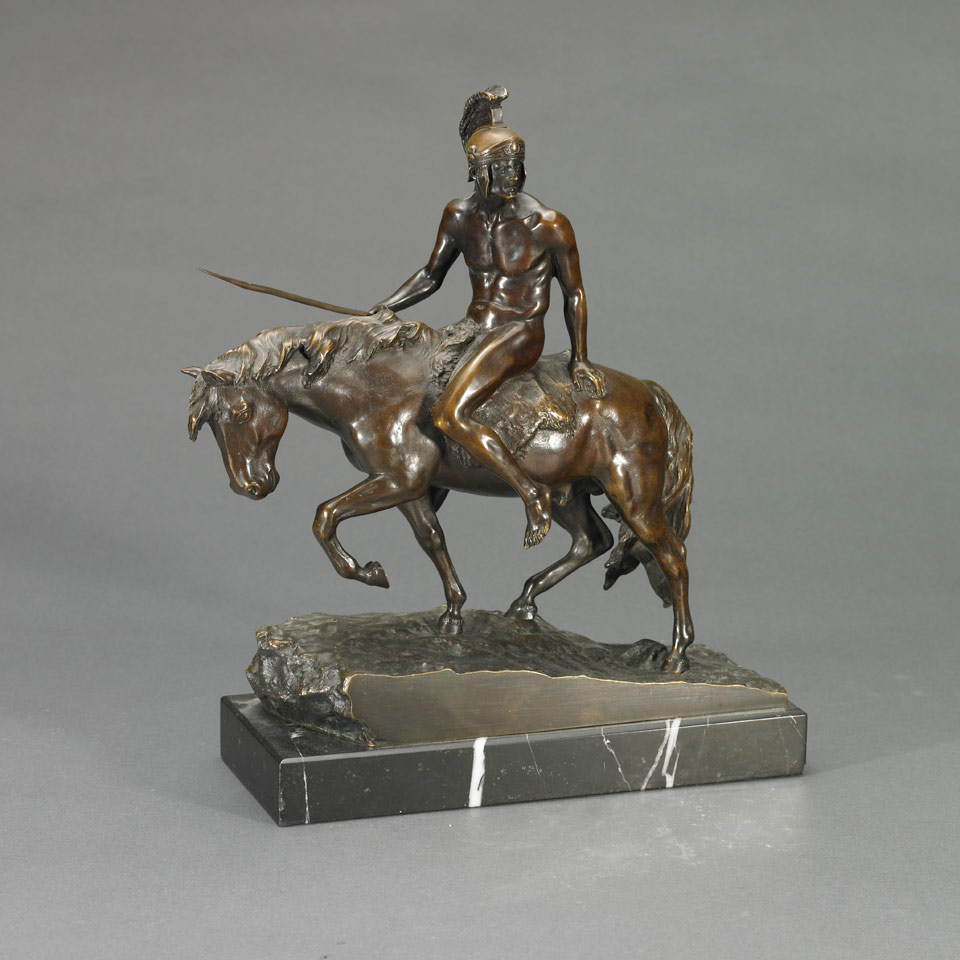 ACHILLES ON HIS MOUNT Paul Ludwig Kowalczewski (German, 1865-1910) patinated bronze on variegated black marble base signed in the mould P. Kowalczewski Height:... [this item is NOT for sale]