Appraise and find values for
A woven yam mask. painted with ochre, carved... 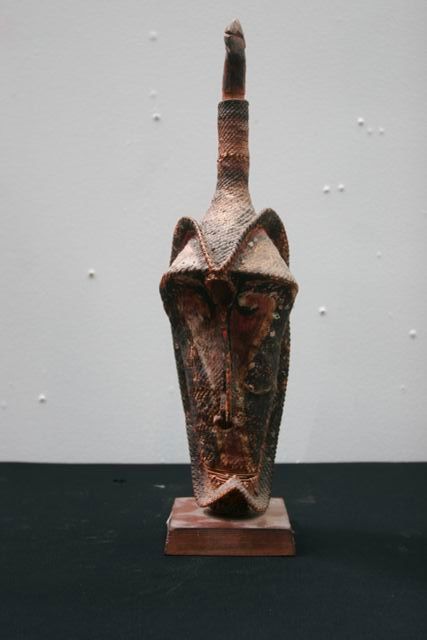 A woven yam mask. painted with ochre, carved head of a bird on top, contemporary wooden stand, 19th to early 20th century, Maprik, Papua New Guinea, ,... [this item is NOT for sale]