Price guides for A worked copper umbrella stand in the form...

Appraise and find values for
A worked copper umbrella stand in the form... 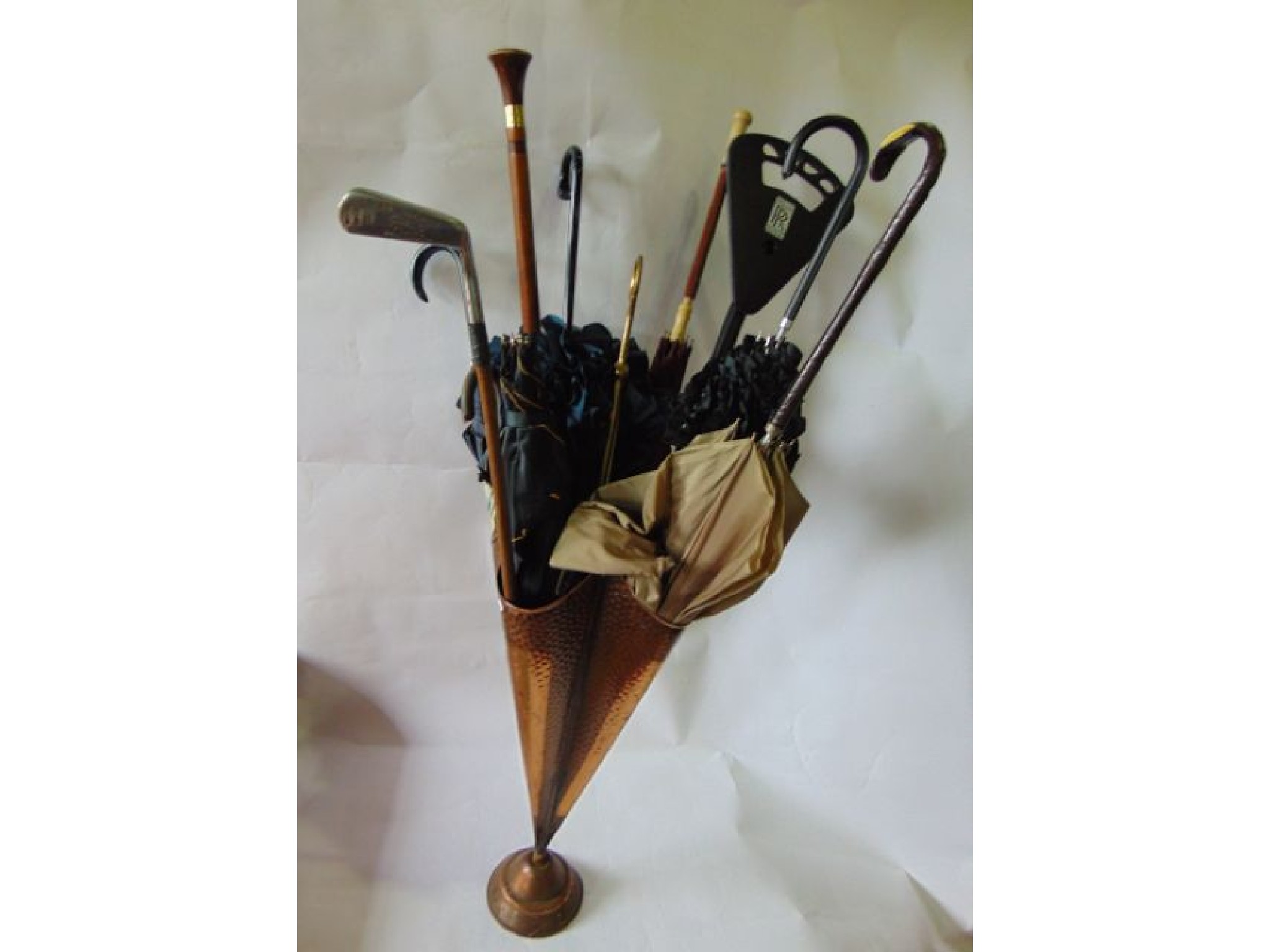 A worked copper umbrella stand in the form of a lady's parasol with central brass handle and beaten finish, accommodating a selection of ladies parasols...