Price guides for A woolwork tapestry panel with a warrior...

Appraise and find values for
A woolwork tapestry panel with a warrior... 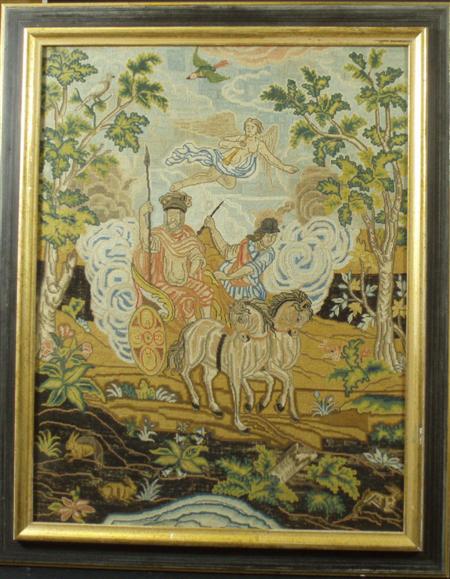 A woolwork tapestry panel with a warrior on a chariot pulled by two horses below an angel, in a wooded landscape, in a gilt glazed frame 60cm x 46cm... [this item is NOT for sale]