Appraise and find values for
A terracotta moulded zoomorphic figurine... 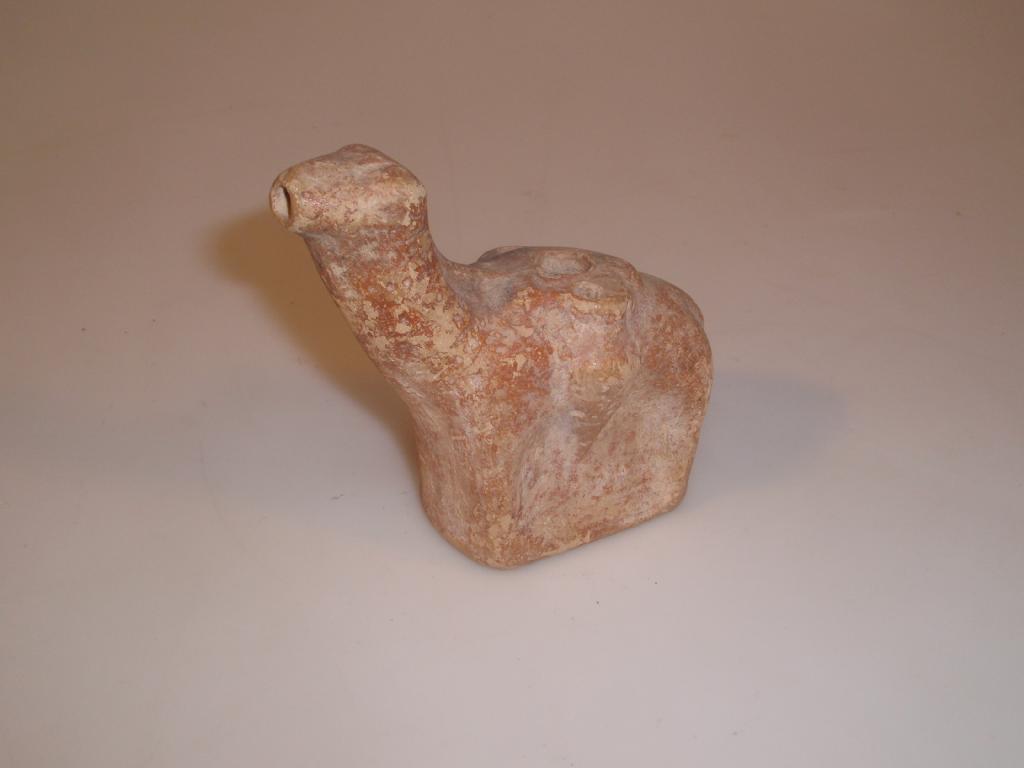 A terracotta moulded zoomorphic figurine or pourer in the form of a sheep carrying an amphora to either side, a hole in the centre of the back, to the...