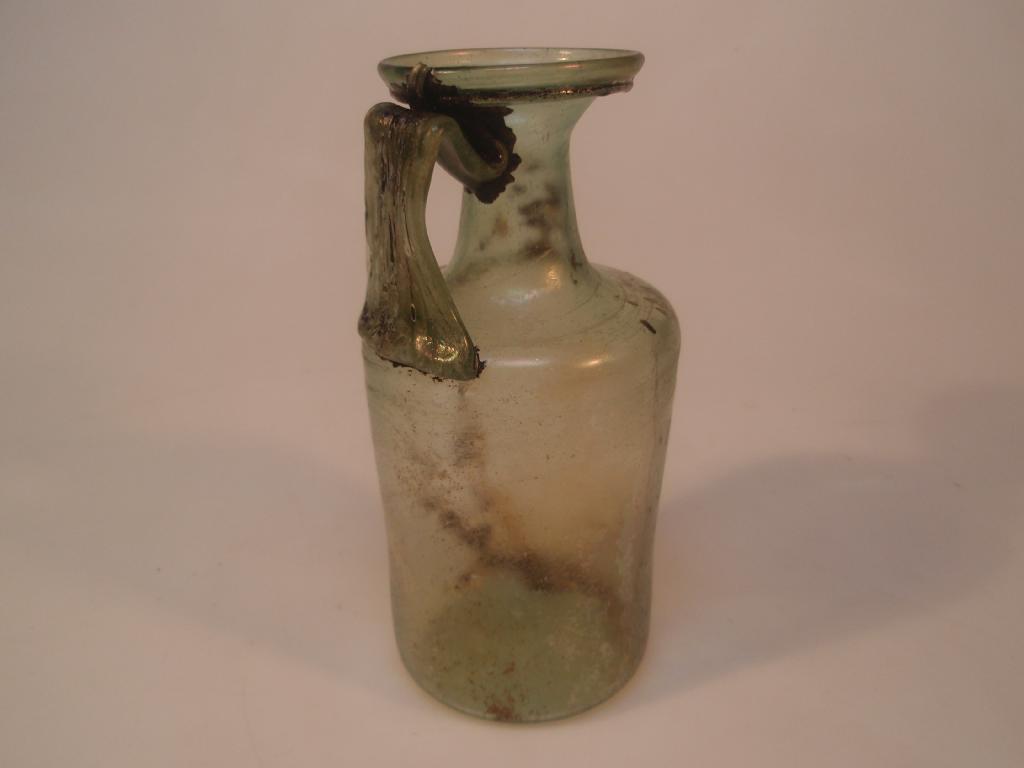 A tall light olive-green Roman cylindrical glass jug, the flaring mouth with an applied trail below a rounded rim on a cylindrical neck and body that tapers...