Price guides for A silver dish, mounted with a 1797 cartwheel...

Appraise and find values for
A silver dish, mounted with a 1797 cartwheel... 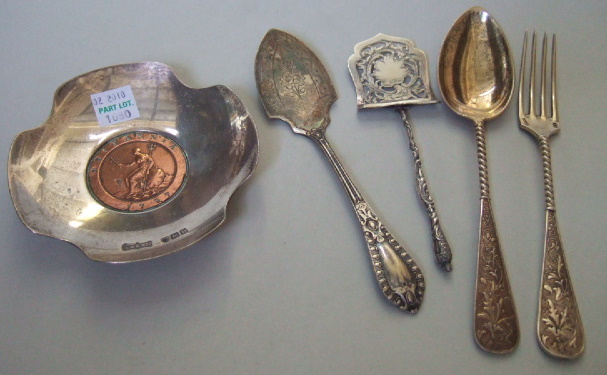 A silver dish, mounted with a 1797 cartwheel twopence at the centre, London 1897, a German christening spoon and fork, with scrolled decoration, detailed...