Appraise and find values for
A set of four Meissen porcelain groups emblematic... 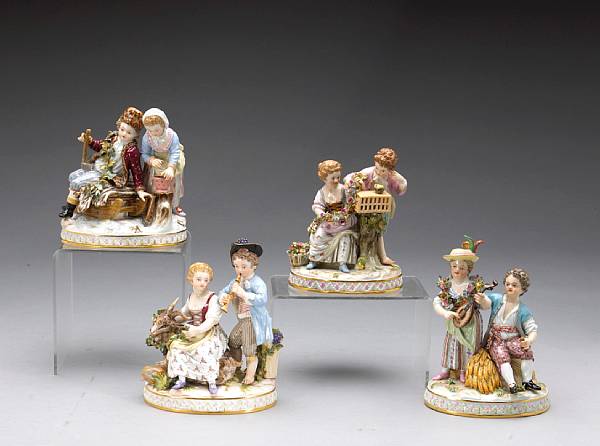 A set of four Meissen porcelain groups emblematic of the seasons after models by Johann Carl Schönheit mid 20th century Each with underglaze blue crossed... [this item is NOT for sale]