Price guides for A set of eight carved and tinted ivory figures...

Appraise and find values for
A set of eight carved and tinted ivory figures... 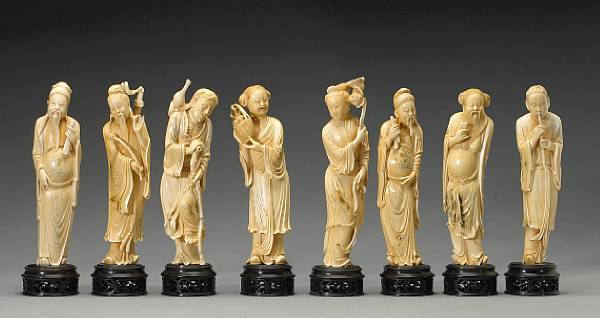 A set of eight carved and tinted ivory figures of the Immortals First half of 20th Century Each immortal depicted standing on a separately carved wood... [this item is NOT for sale]