Price guides for A selection of seven ivory and stag antler...

Appraise and find values for
A selection of seven ivory and stag antler... 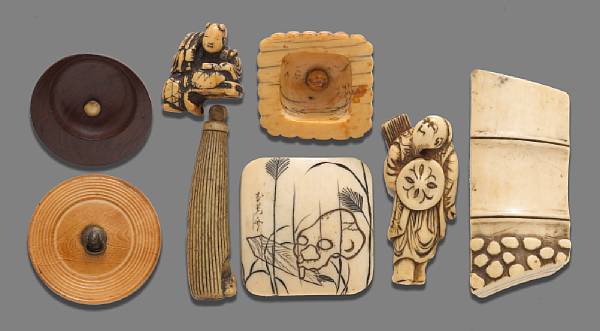 A selection of seven ivory and stag antler netsuke and toggles Most 19th Century Including two ivory figural netsuke, one of a bearded Chinese traveler...