Price guides for A rare Chinese pottery model of an elaborately...

Appraise and find values for
A rare Chinese pottery model of an elaborately... 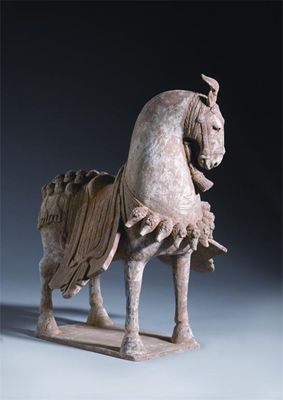 A rare Chinese pottery model of an elaborately saddled horse, standing four square on a rectangular base and decorated with earth pigments, Wei dynasty... [this item is NOT for sale]