Price guides for A quantity of ceramics, including a graduated...

Appraise and find values for
A quantity of ceramics, including a graduated... 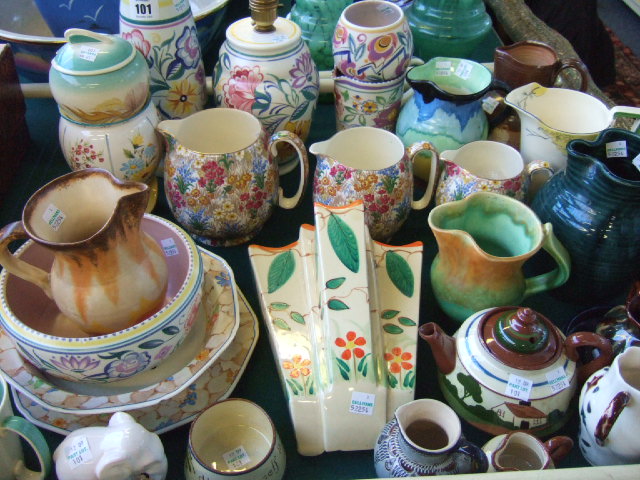 A quantity of ceramics, including a graduated set of three Royal Winton jugs, an Arthur Wood wall pocket and a quantity of Poole....