Appraise and find values for
A pieced and carved wood shrine Nepal, 18th/19th... 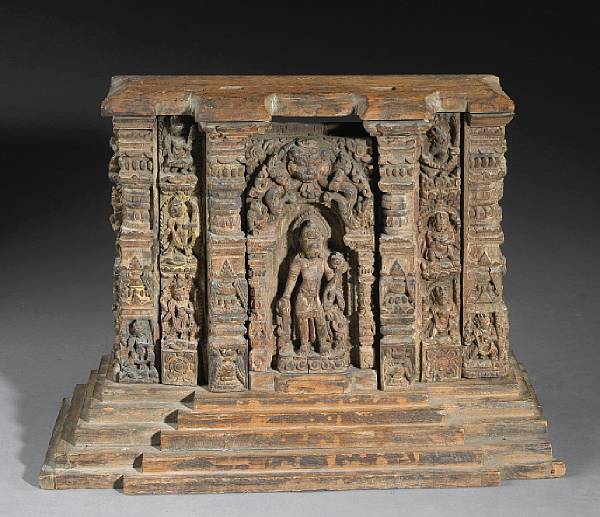 A pieced and carved wood shrine Nepal, 18th/19th Century Including a stepped plinth supporting a central panel carved with a figure of Padmapani standing...