Price guides for A patinated bronze figure of a seated Moses,...

Appraise and find values for
A patinated bronze figure of a seated Moses,... 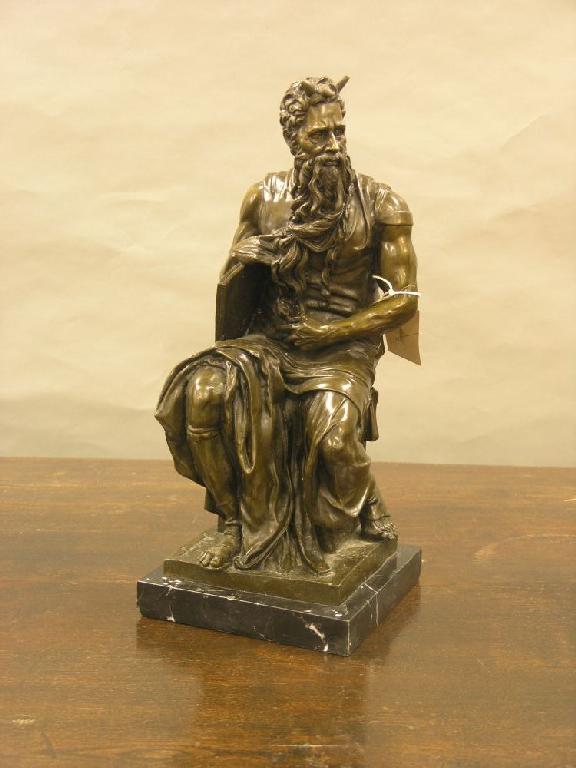 A patinated bronze figure of a seated Moses, bearded character loosely robed, after Michelangelo, on veined marble plinth, 18in...