Price guides for A patinated bronze figural group of two children after...

Appraise and find values for
A patinated bronze figural group of two children after... 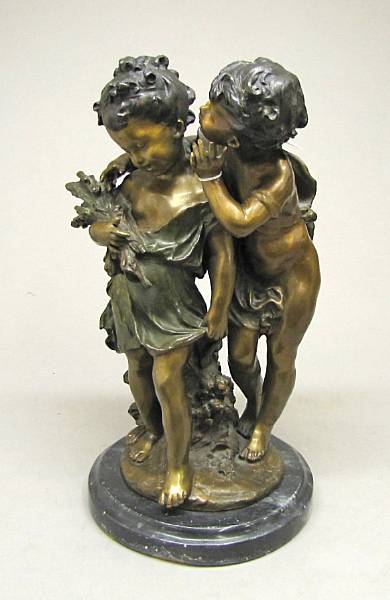 A patinated bronze figural group of two children after Auguste Moreau (French, 1834-1917) late 20th century Modeled as a boy whispering in a young girl's... [this item is NOT for sale]